To share your memory on the wall of Edward Quirk , sign in using one of the following options:

Provide comfort for the family of Edward Quirk with a meaningful gesture of sympathy.

Edward proudly served in the United States Marine Corps during the Korean War.

Mr. Quirk worked as a CPA, owning his own company for many years.

He was a communicant of St. Dominic’s RC Church in Brick and was a very active member of the Greenbriar I community.

He is predeceased by his sister, Doris Nadler.

In lieu of flowers donations can be to Meridian Health Foundation, 1340 Campus Parkway, C4, Neptune, NJ 07753 for the wonderful hospice care that he received.
Read Less

Receive notifications about information and event scheduling for Edward

We encourage you to share your most beloved memories of Edward here, so that the family and other loved ones can always see it. You can upload cherished photographs, or share your favorite stories, and can even comment on those shared by others.

Love to all, Warren & Judy, and Steve, Dawn and fa, Tina Nguyen (Tax Department - Navient), and others have sent flowers to the family of Edward John Quirk .
Show you care by sending flowers

Love to all, Warren & Judy, and Steve, Dawn and fa

Posted Mar 27, 2019 at 08:57pm
Wishing you peace to bring comfort, courage to face the days ahead and loving memories to forever hold in your hearts.

Love to all, Warren & Judy, and Steve, Dawn and fa purchased flowers for the family of Edward Quirk . Send Flowers

Flowers were purchased for the family of Edward Quirk . Send Flowers 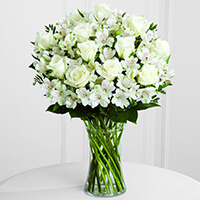